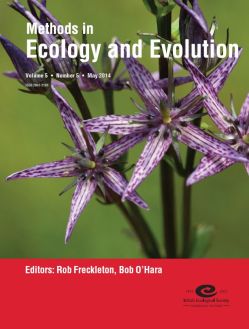 About the cover: Rare and inconspicuous species are more likely to be overlooked, with important consequences in ecology and conservation. To control against non-detection, the species detectability needs to be estimated. However, traditional methods to estimate detectability are costly because they require repeat surveys. This motivated a comparison of the efficiency and reliability of traditional occupancy models and the novel time-to-detection models. The cover image shows a felwort (Swertia perennis), a very conspicuous plant species of wetlands. Impossible to miss? Except when occurring at low abundance. This finding confirms that controlling against non-detection is essential, even with conspicuous species. The accompanying article, Hide-and-seek in vegetation: time-to-detection is an efficient design for estimating detectability and occurrence, highlights that detectability estimates under a time-to-detection model, based on a single visit only, were almost identical to those under a traditional occupancy model requiring two surveys. In other words, survey costs could essentially be halved by using time-to-detection designs.