Opportunistically collected species observation data, or citizen science data, are increasingly available. Importantly, they’re also becoming available for regions of the world and species for which few other data are available, and they may be able to fill a data gap. 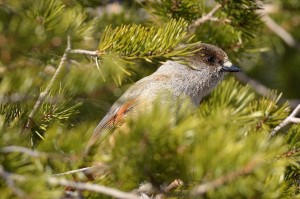 In Sweden, over 60 million citizen science observations have been collected – an impressive number given that Sweden has a population of about 10 million people and that the Swedish Species Observation System, Artportalen, was created in 2000. For bird-watchers (or plant, fungi, or other animal enthusiasts), this is a good website to bookmark. It will give you a bit of help in finding species and as a bonus, has a lot of pretty pictures of interesting species. Given the amount of data citizen science can provide in areas with few other data, it’s important to evaluate whether they can be used reliably to answer questions in applied ecology or conservation. END_OF_DOCUMENT_TOKEN_TO_BE_REPLACED