Below is a press release about the Methods paper ‘Environmental-mechanistic modelling of the impact of global change on human zoonotic disease emergence: a case study of Lassa fever‘ taken from the University College London. 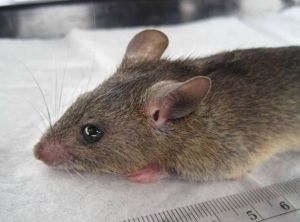 A model that predicts outbreaks of zoonotic diseases – those originating in livestock or wildlife such as Ebola and Zika – based on changes in climate, population growth and land use has been developed by a UCL-led team of researchers.

“This model is a major improvement in our understanding of the spread of diseases from animals to people. We hope it can be used to help communities prepare and respond to disease outbreaks, as well as to make decisions about environmental change factors that may be within their control,” said lead author Professor Kate Jones, UCL Genetics, Evolution & Environment and the Zoological Society of London. END_OF_DOCUMENT_TOKEN_TO_BE_REPLACED

At the last ISEC, in Montpellier in 2014, an informal survey suggested that Methods in Ecology and Evolution was the most cited journal in talks. This reflects the importance of statistical methods in ecology and it is one reason for the success of the journal. For this year’s International Statistcal Ecology Conference in Seattle we have produced a virtual issue that presents some of our best recent papers which cross the divide between statistics and ecology. They range over most of the topics covered at ISEC, from statistical theory to abundance estimation and distance sampling.

We hope that Methods in Ecology and Evolution will be equally well represented in talks in Seattle, and also – just as in Montpellier – some of the work presented will find its way into the pages of the journal in the future.

Without further ado though, here is a brief overview of the articles in our Statistical Ecology Virtual Issue: END_OF_DOCUMENT_TOKEN_TO_BE_REPLACED

The June issue of Methods, which includes our latest Special Feature – “5th Anniversary of Methods in Ecology and Evolution” – is now online!

Our 5th Anniversary Special Feature is a collection of six articles (plus an Editorial from Executive Editor Rob Freckleton) that highlights the breadth and depth of topics covered by the journal so far. It grew out of our 5th Anniversary Symposium – a joint event held in London, UK and Calgary, Canada and live-streamed around the world in April 2015 – and contains papers by Associate Editors, a former Robert May prize winner and regular contributors to the journal.

The six articles are based on talks given at last May’s Symposium. They focus on:

In his Editorial for the Special Feature, Rob Freckleton looks to the future. In his words: “we hope to continue to publish a wide range of papers on as diverse a range of topics as possible, exemplified by the diversity of the papers in this feature”.

All of the articles in the Special Feature will be freely available for a limited time. In addition to this, two of the articles (Shedding light on the ‘dark side’ of phylogenetic comparative methods and Perturbation analysis of transient population dynamics using matrix projection models) are Open Access.
END_OF_DOCUMENT_TOKEN_TO_BE_REPLACED

The Methods in Ecology and Evolution Symposium was an excellent conference with dynamic and interesting speakers representing a wide range of topics which have been published in the journal over the last five years. It was an unusual conference for a couple of reasons:

Equal attendance
The gender balance of the speakers encouraged me to look around the room and write down a few figures for other gender dimensions of the London section of the symposium. As well as equal gender representation of speakers, there was also a good gender balance in the attendees – 42% of the attendees were female at the time I wrote down the numbers. These two figures suggest that it was a good conference for gender equality. However, I think these headline figures hide a number of more tricky aspects of gender equality.

Questionable numbers
There were a total of 23 questions asked of the 12 speakers presenting or livestreamed in London and only 3 of these were from women (2 out of 22 if I exclude my own question to reduce any investigator effects). These data points are not independent, as some people asked several questions, but I didn’t keep a record of individuals. Twitter revealed a similar reduced female presence compared to attendance: of those people tweeting to #Methods5th only 37% were women.

Proportion of different symposium participants that were female. Half the speakers and nearly half the attendees were female. But only around 10% of questions were asked by women.

END_OF_DOCUMENT_TOKEN_TO_BE_REPLACED

On Wednesday 22 April 2015, Methods in Ecology and Evolution will be celebrating its 5th Anniversary. Methods is the British Ecological Society’s youngest journal and over the past five years it has established itself as the leading publication for methodological advances for both the ecological and evolutionary academic communities.

For those of you who can’t make it to either the first half or the Symposium in London (Looking Forward to the Next Five Years) or the second half in Calgary (Next Generation Ecology and Evolution: Genomics Tools for the Study of Ecology, Evolution, and Biomonitoring) we will be livestreaming every presentation.

What You Need to Watch the Livestream

Our 5th Anniversary Symposium will be streamed though Livestream.com. This platform is optomised for all browsers as well as Android and iOS devices. So all that you need is a computer, tablet or smart phone and the ability to connect to the internet.