I have always loved the Blue Marble image of Earth from the Apollo 17 mission, yet a large part of my science is focused on experimental responses at the scale of meter squared grassland plots or even individual grass plants. While I spent my early career wanting to be able to say something important about regional or global processes, I found myself feeling like generating any experimental insights into processes and ecosystem responses at larger scales would be an impossible fiction.

As a postdoc, I had the opportunity to do a multi-site study across a north-south precipitation gradient in California and jumped at it. Among other questions, I decided to ask about whether plants and insects varied similarly across sites in response to replicated experimental treatments. Yet, the idea of actually sampling – and then processing samples from – more than about four sites for more than a year or two was utterly daunting.

Some of the Challenges for Biogeography

However, as we seek a holistic understanding of the relationships between Earth and its biota, we require detailed data about individuals, species, communities, and abiotic environments that span Earth’s biogeographic regions. To truly understand these relationships, we need data on current species distributions as well as an ability to predict species’ responses as Earth’s environments change through time. Ideal data also would include identical sampling and experimental treatments, replicated across biogeographic regions. And, if we’re really dreaming, long-term data at each site would also provide insights into temporal trends of species under ambient and experimental conditions (Dodds et al. 2012; Knapp et al. 2012; Lindenmayer et al. 2012).

But as biogeographers probably know better than anyone, such spatially distributed, identically sampled, long-term data are virtually a Holy Grail. My own experience of being daunted by experiments and sampling at a few sites in a regional transect is testament to why directly comparable data spanning biogeographic regions are so rare (Levin 1992; Ehleringer & Field 1993; Leibold et al. 2004; Elser et al. 2010; Nash et al. 2014).

In spite of the rarity of these data, biogeography is a science with powerful tools for quantifying the environments inhabited by Earth’s diverse biota. Data compilations and syntheses, of regional floras or animal guilds, for example, represent a creative approach for understanding patterns such as species ranges, invasion, and realized niches. Meta-analysis has been successfully used to explore a range of biogeographic topics (McCain & Grytnes 2001). These tools and other approaches have proven foundational for biogeography – and other ecological sub-disciplines – but each has important limitations (as noted in ‘Finding generality in ecology: a model for globally distributed experiments‘).

Multi-continent, distributed experimental networks are currently less commonly employed than many of the tools in the above table. Yet they represent an approach with growing popularity for tackling questions about species distributions and global change, including those in the core of biogeography. Such experiments share a few core characteristics: they are collaborations among many scientists who use standardized methods to replicate treatments and sampling at individual sites, generating an aggregate dataset of directly comparable data (e.g. species distributions and responses to treatments) among sites.

The sites are usually spatially distributed, providing replication in many environments (e.g. a wide range of soils, climate, etc.), and the methods often are designed to address a few key questions – though in some cases, many other questions can be answered using these data (keep an eye out for our paper on this in Nature Ecology and Evolution soon). While they can’t answer all questions, they are increasingly being seen as a viable approach that overcomes many of the greatest challenges for answering questions about responses to global changes spanning biota and biogeographic regions.

The Benefits of Distributed Experimental Networks

Many biogeographers want to understand current species distributions, and data from distributed experiments can provide them with key insights because every good experiment has untreated control plots. An experimental approach, manipulating global change factors, for example, will provide additional information about fundamental niches and future prospects for species across environments.

A further benefit of this approach for biogeography – and other subdisciplines seeking to understand biota and predict biotic responses at large spatial scales – is that by using standardized methods, any variation in response to treatments that is not consistent among sites can be more clearly linked to local factors. With sufficient site-level data, it is possible to discern factors that are shared among sites with similar responses. 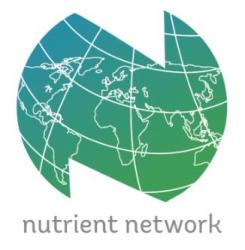 In my experience with distributed collaborative science (Borer et al. 2014), another major benefit of this approach is one that is, perhaps, more in the realm of the sociological literature. In particular, collaboration among researchers from different regions often leads to unexpected insights and exciting ideas. While I don’t have a control group for this, I’d conjecture that the importance of the questions and contributions to the field from the network I’m most deeply involved in (the Nutrient Network) are far stronger because of the egalitarian creative environment made up of collaborators from across the world’s climates, and spanning biogeographic regions, scientific passions and career stages.

Hopefully, as biogeographers identify and pursue the next most important questions to understand the relationships between our changing Earth and its responding, adapting biota, this group of scientists will take advantage of the power of distributed collaborative experiments. These represent an important tool for understanding how responses at the scale of individuals or communities in meter squared plots may, in aggregate, lead to patterns and responses on this big, blue marble.

This article is part of our Biogeography Virtual Issue. All articles in this Virtual Issue are freely available for a limited time.