The November issue of Methods is now online! 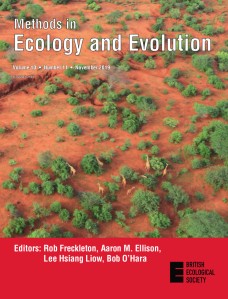 There’s another great issue of Methods in Ecology and Evolution online today.

This month, we’ve got papers on tracking migrations, stochastic dynamic programming, leaf area index, the Langevin diffusion and much more.

There’s more information below on the Featured Articles selected by the Senior Editor. We also give you a taste of the Open Access and freely available papers (Applications articles are always free to access for everyone upon publication, whether you have a subscription or not) we’ve published in our November issue.

Inference in Ecology: Williams and Brown examine design‐based and model‐based inference frameworks for ecological data collected randomly, purposively or opportunistically. They look into the differences in the probability structures for data arising from these frameworks, clarify the assumptions that underlie them, and demonstrate their differences. This article is Open Access.

A Pace and Shape Perspective on Fertility: Counter to most evolutionary theories of ageing, patterns of mortality and reproduction may remain unchanged or improve with age. Describing this diversity presents a challenge to eco‐evolutionary demography. The pace–shape framework of mortality tackled this challenge to qualify and quantify orthogonal components of ageing patterns in mortality. In this article, Baudisch and Stott extend this framework to fertility. This is also an Open Access article. 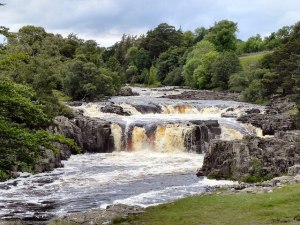 eDNA Metabarcoding with COI: The utility of COI for targeting specific taxonomic groups in environmental samples, has yet to be fully scrutinised. Using a case study of marine and freshwater fishes from the British Isles, Collins et al. quantify the in silico performance of twelve primer pairs from four mitochondrial loci.

One of this month’s Applications papers has already been covered above (nlstimedist), but we’ve got another three to look at. So, let’s dive in…

NLRX: NetLogo is a widely used environment for agent‐based model development, but it does not provide sufficient built‐in tools for extensive model exploration, such as sensitivity analyses. The R package nlrx overcomes stability and resource allocation issues by running NetLogo simulations via dynamically created XML experiment files. It’s the first framework for documentation and application of reproducible NetLogo simulation model analysis. This is an Open Access article.

CORIGAN: Tresson et al. developed an image analysis pipeline named ‘CORIGAN’ to extract the characteristics of animal communities. CORIGAN is based on the YOLOv3 model as the core of object detection. It relies on generic properties of the detected animals and can be used for a wide range of studies and supports.

esdm: Multiple species distribution models for the same species in a region can create confusion in decision‐making processes. One solution is to create ensembles, but this can be challenging if the predictions were made at different spatial resolutions, using different data sources. esdm is an R package that lets you create an ensemble of species distribution model predictions overlaid onto a single base geometry. This article is Open Access.

We’ve got five Open Access articles in this month’s issue of Methods in Ecology and Evolution. If you’ve been counting, you’ll notice that we’ve already discussed four of them. Last, but certainly not least is…

The Giraffes on the Cover 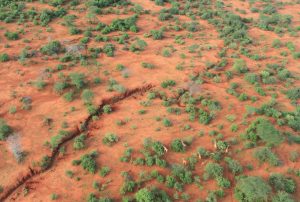 Our November cover image was taken during the 2015 aerial animal survey in the Laikipia‐Samburu Ecosystem in Kenya. Traditional aerial animal counts require a human observer to count all the animals from a plane between two horizontally aligned bars, while the pilot tries to keep flying in a straight line at the same altitude. To verify that the number of giraffe in this group has been counted correctly, the observer also took pictures of large animal groups to double check the number of counted individuals back on the ground.

In ‘Improving the precision and accuracy of animal population estimates with aerial image object detection‘, Eikelboom et al. used these images to train a Convolutional Neural Network to automatically detect the elephants, giraffes and zebras in the images. Their algorithm counted between 90% and 95% of the number of these species that were counted by the human observers, of which it correctly detected an extra 2.8% to 4.0% of animals that were missed by all human observers.

Their results indicate that the accuracy and precision of animal population estimates can be improved when traditional aerial animal counts are replaced by more cost‐efficient semi‐automatic aerial counts. Furthermore, when the aerial images are taken at a fixed rate, Eikelboom et al. posit that their animal detection algorithm will outperform human observers in the counting of animals.