As many of you will already know, Dr Vamosi is the newest (and first female) Senior Editor for Methods in Ecology and Evolution. She joined Rob Freckleton and Bob O’Hara in June of 2014 and has been working on manuscripts ever since. Jana is also organising the Canadian half of our 5th Anniversary Symposium in April (the Early Bird deadline for which is approaching – Friday 20 March). We are also running a Poster Session at this event; if you would be interested in submitting a poster, please contact Jana here. 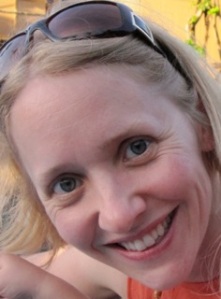 The research in Jana’s lab focuses on the macroevolution, macroecology, community ecology, and conservation biology of plants. Many of their projects require gathering empirical data on the mechanistic underpinnings of plant diversity in specific locales. However, they often incorporate global phylogenetic perspectives as well. You can learn more about the lab’s work here.

Jana’s most recent publications include ‘Species and Phylogenetic Heterogeneity in Visitation Affects Reproductive Success in an Island System’ (along with Lorraine Adderley) which was published in International Journal of Plant Sciences in February and ‘Evolutionary ecology of specialization: insights from phylogenetic analysis’ (along with W Scott Armbruster and Susanne S Renner) first published in October 2014.

As part of our International Women’s Day activities, we wanted to have a short profile on Jana. Luckily, she had recently written one for the 6th International Barcode of Life Conference which will be taking place at the University of Guelph from 18 August to 21 August 2015. Jana will be giving a Plenary session (along with Charles Godfrey and Naomi Pierce) on Ecological Interactions.