Below is a press release about the Methods paper ‘An interim framework for assessing the population consequences of disturbance‘ taken from the University of St Andrews:

A team of scientists from the University of St Andrews has developed a new desktop tool for assessing the impact of noise from human disturbance, such as offshore wind development on marine mammal populations. 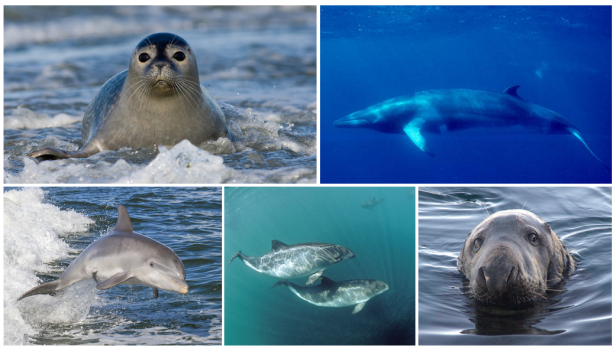 The team, led by Prof. John Harwood, have developed the interim Population Consequences of Disturbance (PCoD) framework for assessing the consequences of human induced noise disturbance on animal populations. The study was published yesterday in the journal Methods in Ecology and Evolution.

Changes in natural patterns of animal behaviour and physiology resulting from animals being disturbed may alter the conservation status of a population if the activity affects the ability of individuals to survive, breed or grow. However, information to forecast population-level consequences of such changes is often lacking. The project team developed an interim framework to assess impacts when empirical information is sparse. Crucially, the model shows how daily effects of being disturbed, which are often straightforward to estimate, can be scaled to the duration of disturbance and to multiple sources of disturbance.

“We have developed a novel framework that can be used to broadly forecast the consequences of anthropogenic disturbance on animal populations, which in principal can be applied to a range of marine and terrestrial species and different types of disturbance.” – Dr Stephanie King

One important application for the interim PCoD framework is in the marine industry. Many industries use practices that involve the generation of underwater noise. These include shipping, oil and gas exploration, defence activities and port, harbour and renewable energy construction.

For example, offshore wind turbines are installed using a method called ‘pile driving’  – which is effectively involves a large hammer driving foundation posts into the seabed – which generates short pulsed sounds every few seconds. The potential risk of injury and/or disturbance to marine mammals during these noise producing activities has been identified as a key consenting risk for offshore wind projects in UK waters but many other noise sources are less stringently regulated.

Possible consequences of exposure to underwater noise include disturbances that could cause marine mammals to either move away or change behaviour (eg. stop feeding, suffer temporary hearing damage or permanent physical injury). The interim PCoD model assesses what the longer term and larger scale impacts of these consequences on individual animals are to the population as a whole.

The PCoD model has been designed to use the kinds of information that are likely to be provided by developers in Environmental Statements and Habitats Regulations Assessments and currently covers five key priority species in the UK – bottlenose dolphins, harbour porpoises, minke whales, harbour seals and grey seals. However, the approach can be applied to other marine and terrestrial species.

This version of the PCoD model is considered an ‘interim’ one, because it was developed to help manage uncertainty within the current knowledge of marine mammals, where there are limited data available on some of the key information needed.

Lead author Dr Stephanie King said: “The effects of noise on animal populations is a current global concern for policy-makers. We have developed a novel framework that can be used to broadly forecast the consequences of anthropogenic disturbance on animal populations, which in principal can be applied to a range of marine and terrestrial species and different types of disturbance. Our framework represents an important first step towards more informed management decisions within a rigorous and quantitative framework.”

Dr Ian Davies, Renewables and Energy Programme Manager at Marine Scotland Science, who chaired the steering committee for the project said: “This model is a significant step forward in our ability to assess risks to marine mammals. However, it is very much an interim measure; it is expected that it will be further refined and built upon over time as more evidence becomes available. The interim PCoD model is a novel tool that will allow further insight into the potential impacts of disturbance on marine mammal populations. For now, it’s important that developers considering using the interim PCoD approach seek advice from the Statutory Nature Conservation Bodies and/or regulators at an early stage.”

The interim PCoD framework project was commissioned and jointly funded by The Crown Estate, Marine Scotland Science, the Joint Nature Conservation Committee, the Department for Energy & Climate Change, Natural Resources Wales, Natural England and Scottish Natural Heritage.  Members of each UK regulatory and statutory nature conservation body, along with developer representatives, participated in a steering committee for the project to ensure that the model met their needs.