Below is a press release about the Methods in Ecology and Evolution article ‘MistNet: Measuring historical bird migration in the US using archived weather radar data and convolutional neural networks‘ taken from the University of Massachusetts Amherst.

On many evenings during spring and fall migration, tens of millions of birds take flight at sunset and pass over our heads, unseen in the night sky. Though these flights have been recorded for decades by the National Weather Services’ network of constantly-scanning weather radars, until recently these data have been mostly out of reach for bird researchers.

“That’s because the sheer magnitude of information and lack of tools to analyse it made only limited studies possible,” says artificial intelligence (AI) researcher Dan Sheldon at the University of Massachusetts Amherst.

“Ornithologists and ecologists with the time and expertise to analyse individual radar images could clearly see patterns that allowed them to discriminate precipitation from birds and study migration,” he adds. But the massive amount of information ­– over 200 million images and hundreds of terabytes of data – significantly limited their ability to sample enough nights, over enough years and in enough locations to be useful in characterising, let alone tracking, seasonal, continent-wide migrations.

Clearly, a machine learning system was needed, Sheldon notes, “to remove the rain and keep the birds.” 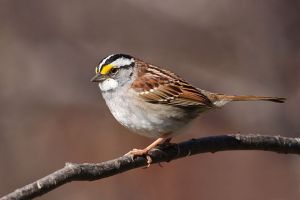 Now, with colleagues from the Cornell Lab of Ornithology and others, senior authors Sheldon and Subhransu Maji and lead author Tsung-Yu Lin at UMass’s College of Information and Computer Sciences unveil their new tool ‘MistNet‘, the “latest and greatest in machine learning” in Sheldon’s words, to extract bird data from the radar record and to take advantage of the treasure trove of bird migration information in the decades-long radar data archives. The tool’s name refers to the fine, almost invisible “mist nets” that ornithologists use to capture migratory songbirds.

MistNet can “automate the processing of a massive data set that has measured bird migration over the continental US for over two decades” Sheldon says.

“This is a really important advance. Our results are excellent compared with humans working by hand. It allows us to go from limited 20th century insights to 21st century knowledge and conservation action.”

He and co-authors point out, “Deep learning has revolutionised the ability of computers to mimic humans in solving similar recognition tasks for images, video and audio.”

For this work, supported in part by a National Science Foundation grant to Sheldon to design and test new mathematical approaches and algorithms for such applications, the team conducted a large-scale validation of MistNet and competing approaches using two evaluation data sets. Their new paper also presents several case studies to illustrate MistNet’s strengths and flexibility.

MistNet is based on neural networks for images, and includes several architecture components tailored to the unique characteristics of radar data, the authors point out. Radar ornithology is advancing rapidly and leading to significant discoveries about continent-scale patterns of bird movements, they add.

The team made maps of where and when migration occurred over the past 24 years and animated these to illustrate, for example, “the most intensive migration areas in the continental United States,” Sheldon explains – a corridor roughly along and just west of the Mississippi River. MistNet also allows researchers to estimate flying velocity and traffic rates of migrating birds.

Average yearly migration traffic across the continental United States, 1999-2018. Map colours indicate estimates of migration traffic from measurements at 143 radar stations. Locations are indicated by white circles, with size proportional to migration traffic at the station. The central corridor of the US receives particularly intense migration. Estimated numbers of birds crossing different latitudes are shown to the right. Courtesy of the the authors and Kyle G. Horton.

MistNet, designed to address one of the “long-standing challenges in radar aero-ecology,” the authors note, comes just in time to help scientists better use not only existing weather radar data, but the “explosion” of large new data sets generated by citizen science projects such as eBird, animal tracking devices and earth observation instruments.

“We hope MistNet will enable a range of science and conservation applications. For example, we see in many places that a large amount of migration is concentrated on a few nights of the season,” Sheldon says. “Knowing this, maybe we could aid birds by turning off skyscraper lights on those nights.” Another question the ornithologists are interested in is the historical timing, or phenology, of bird migration and whether it, and timely access to food, have shifted with climate change.