How organisms adapt to the environment they live in is a key question in evolutionary biology. Genetic variation, i.e. how individuals within populations differ from each other in terms of their DNA, is an essential element in the process of adaptation. It can arise through different mechanisms, including DNA mutations, genetic drift, and recombination.

Differences in DNA sequences between individuals can results in differences in the expression of genes. This can therefore determine the organism’s capacity to grow, develop, and react to environmental stimuli. However, a growing body of literature reveals that there are other ways organisms can change the way they interact with the world without mutations in the DNA sequence.

END_OF_DOCUMENT_TOKEN_TO_BE_REPLACED

Below is a press release about the Methods paper ‘HyRAD-X, a versatile method combining exome capture and RAD sequencing to extract genomic information from ancient DNA‘ taken from Swiss Federal Institute for Forest, Snow and Landscape Research WSL (this press release is also available in French, German and Italian via the links below). 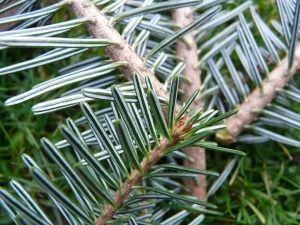 A new technique makes it possible to cost-effectively analyse genetic material from fossil plants and animals. Researchers from the Swiss Federal Institute for Forest, Snow and Landscape Research WSL and the universities of Lausanne and Bern have used this technique to examine the DNA of silver fir remains found in lake sediment in Ticino. They found clues as to how forests reacted to the emergence of agriculture.

The new process utilises the latest advances in DNA technology to isolate ancient DNA (aDNA) from prehistoric plants and animals. The techniques used to date are, however, expensive. “As population geneticists often need several dozens samples to make reliable statements, many research ideas are not currently financially viable,” says Nadir Alvarez, a professor at the University of Lausanne’s Department of Ecology and Evolution.

The research team led by Alvarez and his colleagues Christoph Sperisen (a population geneticist at the WSL), Willy Tinner (a professor of palaeoecology at the University of Bern) and Sarah Schmid (a biologist from the University of Lausanne) has now developed a cost-effective alternative and demonstrated its potential with subfossil silver fir needles found at Origlio lake in Ticino. The team showcased the results in the research journal Methods in Ecology and Evolution. END_OF_DOCUMENT_TOKEN_TO_BE_REPLACED