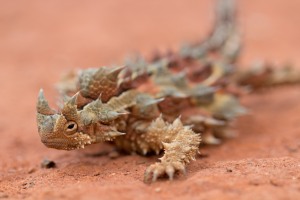 Analyzing diversification rate heterogeneity across phylogenies allows us to explore all manner of questions, including why Australia has such an incredible diversity of lizards and snakes.

Within the tree of life there are differences in speciation and extinction rates over time and across lineages. Biologists have long been interested in how speciation rates change as a function of ecological opportunity or whether key innovations lead to increases in the rate of speciation. Exploring this rate variation and examining how clades differ in terms of their diversification dynamics can help us to understand why species diversity varies so dramatically in time and space. Learning more about the relationship between traits and diversification rates is especially important because it has the potential to reveal the causes of pervasive variation in species richness among clades and across geographic regions.

Several different classes of methods are available for studying the effects of species traits on lineage diversification rates. These include state-dependent diversification models (e.g., BiSSE, QuaSSE, HiSSE) and several non-model-based approaches. In our article – ‘Tip rates, phylogenies and diversification: What are we estimating, and how good are the estimates?’ – we assessed the accuracy of a number of model-free metrics (the DR statistic, node density metric, inverse of terminal branch lengths) and model-based approaches (Bayesian Analysis of Macroevolutionary Mixtures, BAMM) to determine how they perform under a variety of different types of rate heterogeneity. The “tip rates” using these approaches have become widely used for a few reasons, including ease of computation and how easy it is to pair them with other types of data. END_OF_DOCUMENT_TOKEN_TO_BE_REPLACED Could we use the plants in this swamp forest to predict the diversity of other species?

Local communities and regional biotas are built of hundreds, if not thousands, of species. Most of these species are small-bodied and discreet lifeforms. So it’s no wonder that naturalists have almost always focused their attention on conspicuous species of their particular liking. Why plants then? Well, plants are practical and efficient. They “stand still and wait to be counted”, as the eminent population biologist John Harper put it. No matter the weather, from spring to autumn. There are enough plant species to show contrasts between sites, and yet they can usually be identified to species level in the field.

You Can’t Predict the Diversity of Beetles from Lichens… Can You?

Unfortunately, the overwhelming scientific consensus seems to be that any particular taxonomic group won’t adequately represent the biodiversity of other taxonomic groups. The idea of surrogacy seems to hit the same hard wall as most attempts to provide generally working models for variation in biodiversity at local and regional scales. Biodiversity remains one of the largest scientific research questions without good general answers. END_OF_DOCUMENT_TOKEN_TO_BE_REPLACED 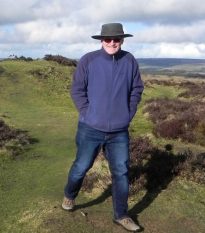 DITCH: Amateur naturalists from the UK have a distinguished pedigree, from Henry Walter Bates and Marianne North, to Alfred Russel Wallace and Mary Anning. But arguably, the rise of post-war academia in the fifties displaced them from mainstream scientific discourse and discovery. Recently, there has been a resurgence of the ‘citizen scientist’, like me, in the UK and elsewhere – although the term may refer to more than one kind of beast.

To me, the ‘citizen scientist’ label feels a little patronising – conveying an image of people co-opted en masse for top-down, scientist-led, large-scale biological surveys. That said, scientist-led surveys can offer valid contributions to conservation and the documentation of the effects of climate change (among other objectives). They also engage the public (not least children) in science, although volunteers usually have an interest in natural history and science already. For me though, the real excitement comes in following a bottom-up path: making my own discoveries and approaching scientists for assistance with my projects. 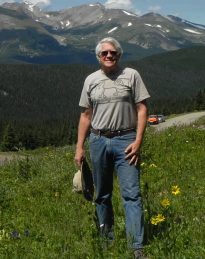 Robert Colwell at the Boreas Pass in Colorado, USA

ROB: I grew up on a working ranch in the Colorado mountains, surrounded on three sides by National Forest and a National Wilderness Area. My mother, an ardent amateur naturalist, taught me and my sister the local native flora and fauna and our father instilled a respect for the land in us. For my doctoral research at the University of Michigan, I studied insect biodiversity in Colorado and Costa Rica at several elevations. The challenges of estimating the number of species (species richness) and understanding why some places are species-rich and others species-poor has fascinated me ever since. END_OF_DOCUMENT_TOKEN_TO_BE_REPLACED 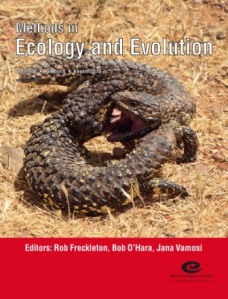 The August issue of Methods is now online!

This month’s issue contains two Applications articles and two Open Access articles, all of which are freely available.

– Plant-O-Matic: A free iOS application that combines the species distribution models with the location services built into a mobile device to provide users with a list of all plant species expected to occur in the 100 × 100 km geographic grid cell corresponding to the user’s location.

END_OF_DOCUMENT_TOKEN_TO_BE_REPLACED 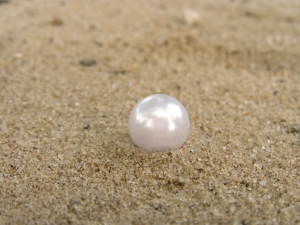 Not quite as precious as my entropy pearl ©Amboo Who

Ludwig Boltzmann (1844-1906) introduced the modern formula for entropy in statistical mechanics in 1870s. Since its generalization by Claude E. Shannon in his pioneering 1948 paper A Mathematical Theory of Communication, this entropy became known as ‘Shannon entropy’.

Shannon entropy and its exponential have been extensively used to characterize uncertainty, diversity and information-related quantities in ecology, genetics, information theory, computer science and many other fields. Its mathematical expression is given in the figure below.

In the 1950s Shannon entropy was adopted by ecologists as a diversity measure. It’s interpreted as a measure of the uncertainty in the species identity of an individual randomly selected from a community. A higher degree of uncertainty means greater diversity in the community.

Unlike species richness which gives equal weight to all species, or the Gini-Simpson index that gives more weight to individuals of abundant species, Shannon entropy and its exponential (“the effective number of common species” or diversity of order one) are the only standard frequency-sensitive complexity measures that weigh species in proportion to their population abundances. To put it simply: it treats all individuals equally. This is the most natural weighing for many applications. END_OF_DOCUMENT_TOKEN_TO_BE_REPLACED

The term beta diversity was introduced by R.H. Whittaker in 1960. He defined it as “the extent of change in community composition, or degree of community differentiation, in relation to a complex-gradient of environment, or a pattern of environments”. In his original paper, Whittaker proposed several ways to quantify beta diversity. In its simplest form (which we will call strict sense or multiplicative beta diversity), beta diversity is defined as the ratio between gamma (regional) and alpha (local) diversities (Whittaker, 1960; Jost, 2007). Therefore, it is the effective number of distinct compositional units in the region (Tuomisto, 2010). Essentially, beta diversity quantifies the number of different communities in the region. So it’s clear that beta diversity does not only account for the relationship between local and regional diversity, but also informs about the degree of differentiation among biological communities. This is because alpha and gamma diversities are different if (and only if) the biological communities within the region are different.

It’s easy to demonstrate how beta diversity varies from the minimum to the maximum differentiation of local assemblages in a region. For simplicity, we will quantify biological diversity as species richness (number of species), but it’s important to remember that alpha, beta and gamma diversities can also be defined to account for richness and relative abundances (see Jost, 2007 for a detailed explanation). When local assemblages are all identical (minimum differentiation), alpha diversity equals gamma diversity, and beta diversity equals 1 (figure below).

END_OF_DOCUMENT_TOKEN_TO_BE_REPLACED

As you may know, today (Friday 22 May) is the United Nations Day for Biodiversity and we are celebrating by highlighting some of the best papers that have been published on biodiversity in Methods in Ecology and Evolution. This is by no means an exhaustive list and you can find many more articles on similar topics on the Wiley Online Library (remember, if you are a member of the BES, you can access all Methods articles free of charge).

Without further ado though, here are a few of the best Methods papers on Biological Diversity: 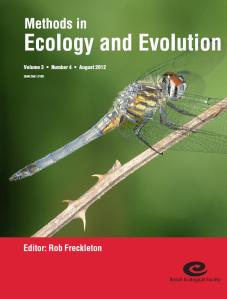 We begin with an Open Access article from one of our Associate Editors, Douglas Yu (et al.). This article was published in the August issue of 2012 and focuses on the metabarcoding of arthropods. The authors present protocols for the extraction of ecological, taxonomic and phylogenetic information from bulk samples of arthropods. They also demonstrate that metabarcoding allows for the precise estimation of pairwise community dissimilarity (beta diversity) and within-community phylogenetic diversity (alpha diversity), despite the inevitable loss of taxonomic information.

END_OF_DOCUMENT_TOKEN_TO_BE_REPLACED 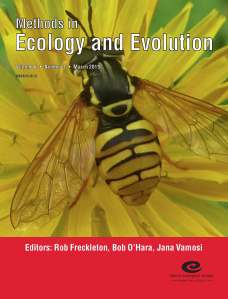 The March issue of Methods is now online!

We have three freely available Applications articles in this issue. Anyone can access these with no subscription required and no charge to download.

– MotionMeerkat: A new standalone program that identifies motion events from a video stream. This tool reduces the time needed to review videos and accommodates a variety of inputs.

This month we have a total of FIVE Open Access articles. That makes eight articles in this issue of Methods in Ecology and Evolution that you can read for free!